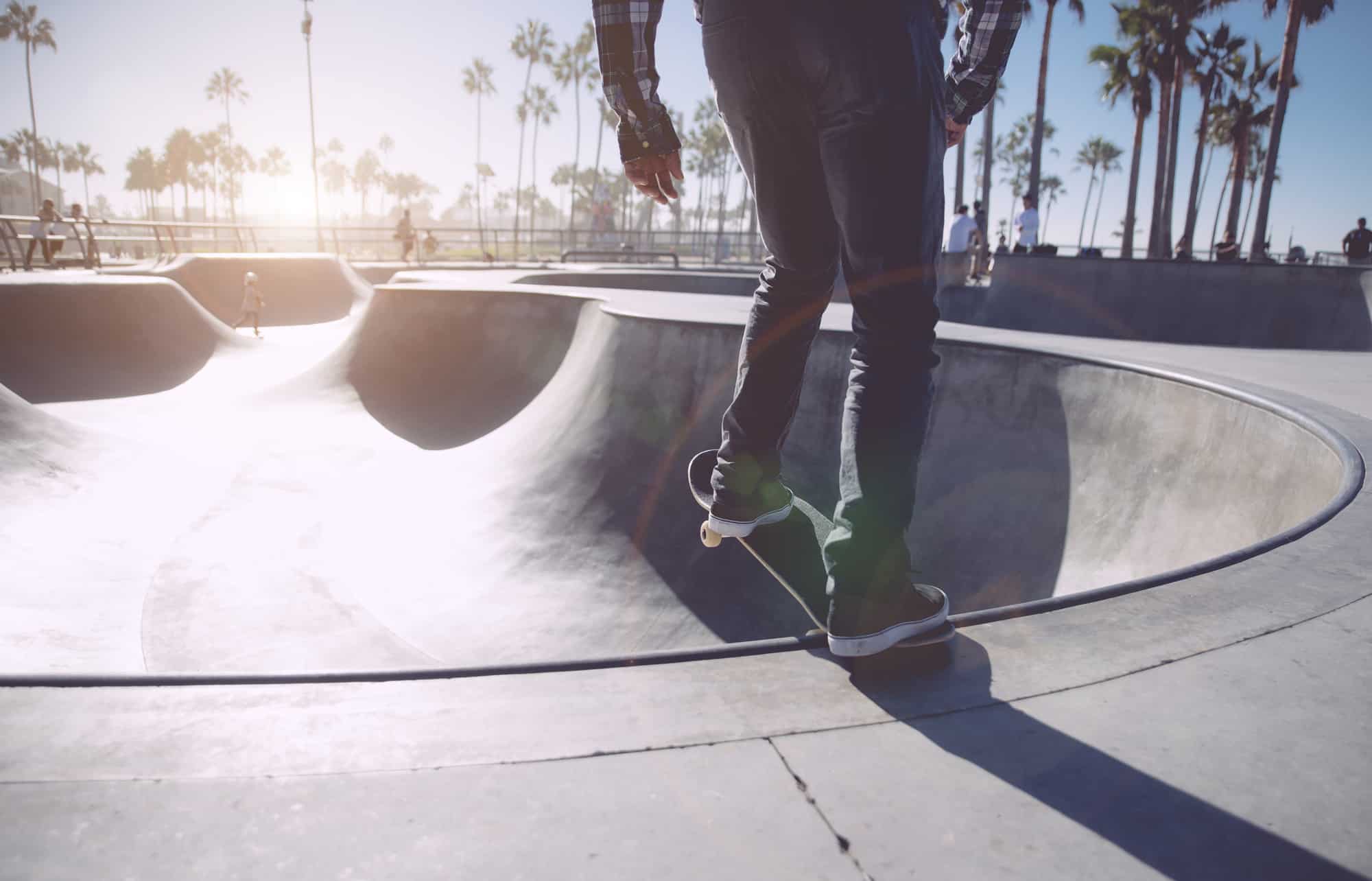 Whether you are brand new to the wonderful hobby of skateboarding or you’ve been skating for years, you need to have an ideal place to skate. Sure, the streets, sidewalks, and parking lots can work in a pinch, but they aren’t ideal. In some cases, skating could be prohibited, and in other cases, those areas might not be the best locations for riding. Therefore, you’ll want to find a great skate park. Below are some of the best skate parks in the USA.

This Lincoln City skate park in Oregon features five small outdoor parks in one that was built by Dreamland Skateparks. The park is often upgraded and changed, so there’s always something new to see and do. The park was built in 1999 originally and has been added onto since then, so it now has five mini-parks.

The Lincoln City skate park is more than 40,000 square feet, which makes it one of the largest skateparks in the state of Oregon. Not only that, but popular skateboarder magazine Thrasher Magazine called it the gnarliest skatepark in America.

The park features four bowls—Moguls Bowl, Cradle and Half-Pipe, the Swimming Pool, and the Snake Run. The park is free for everyone. Those who are under 16 are required to wear protective gear at this Lincoln City skate park, but it’s recommended that everyone does. Dreamland Skate Parks outdid themselves here.

Denver Skate Park, located in the heart of downtown Denver, CO is located along the Platte River. This is a favorite skate park for several reasons. The Denver Skatepark has a wide range of features that can appeal to skaters of any skill level from amateur to pro skaters.

The park has a wonderful view of the Rocky Mountains, and it measures 60,000 square feet. There are sections with ramps, rails, ledges, bowls, stairs, and more. This is another free park, which is yet another reason that so many people enjoy skating there.

Burnside Skate Park in Portland, Oregon is home to some interesting skateboarding history. It’s been around for decades now and has become one of the most beloved skate parks in the country. However, it wasn’t always so popular. Burnside Skate Park began illegally. They poured the concrete and started skating as soon as it was dry without getting permission.

Today, it’s considered a skateboarding paradise by many. It’s a public park, free, and is found under the Burnside Bridge. This keeps it safe from the rain. It has quarter pipes, bowls, and everything that a rider could want.

No protective gear is required at this park, although it’s recommended that you always wear safety equipment. In Burnside Skate Park, Portland residents will find a lot to enjoy.

The David Armstrong Extreme Skate Park was once called the Louisville Extreme Park, as it’s just outside of downtown Louisville. Regardless of the name it goes by, you can expect to find some fun and extreme skating options here. It’s home to the largest full pipe in the country and measures 24 feet.

The David Armstrong Extreme Skate Park has a fantastic design with street skating, transitions, and vert skating. It measures about 40,000 square feet and was featured in Tony Hawk’s Gigantic Skatepark Tour. In addition to the full pipe, you will find several bowls of varying sizes, a flat bank, rails, ledges, and more.

The park is free for everyone. Another interesting feature is that this park doesn’t close. It is open all hours of the day and night, so if you get a desire to skate at 3 a.m., you can do it at this park.

There’s no doubt that Venice Beach Skate Park is one of the most beautiful and iconic parks in the country. It’s located along the shore in Venice, so skaters can spend some time in the water and on the two bowls. There is a snake run and a street course. You can even find some great places to eat that are just a short distance away from the Venice Beach Skatepark.

This is a famous course, and it’s where Jay Adams and Tony Alva used to skate. It opens each day from 9 a.m. and remains open until sunset. Skaters at Venice Beach skatepark are required to wear protective gear.

Vans Skate Park is found in Orange, CA. One of the things that help to make Vans Skate Park special is that it offers both indoor and outdoor skateboarding. Although it doesn’t rain often in SoCal, it’s nice to have a place to get out of the weather if it’s needed.

Quite a few pro skateboarders use this park, as well. It has been open since 1999 and reformed the famous Upland combi-bowl. This is a huge double bowl that used to be part of Pipeline Skate Park in Upland, CA. It’s a fantastic piece of skateboarding history and it’s free. However, protective gear is required.

This is found in Jacksonville, Florida, and it’s worth checking out if you are in the area. This park has been operating since the 1970s, making it one of the earliest parks for skating in the country. There’s a lot of history at this park.

You will find a range of paths through the snake run, and you might even recognize some of them if you’ve never been to the park physically. They were found in Tony Hawk’s Pro Skater 4 video game.

It’s important to note that there is an admission fee to get into this park, and the hours of operation can change. Your best bet is to check the website before you head there.

Located in Philadelphia, PA, the FDR Skate Park is a true skateboarding paradise. It’s located on what was once an unused piece of land in the FDR Park under an overpass. It had no funding when it was first constructed. Everything was donated and put together by volunteers. There’s still some of that DIY attitude at the park today.

You’ll find some incredible graffiti art at the park, which also serves as a venue for music and art. Those music and art functions are used to raise money to make more improvements to the park.

The park has a dome, overhang, and a 60-foot long bunker, along with other features that skaters will love. The FDR Skate Park has a lot of character. It’s open around the clock, and it is free.

The Lake Cunningham Regional Skate Park in San Jose, California benefits from the great weather found there year-round. It has more bowls than you will find in most other parks, along with the biggest cradle in the world—it’s 70 feet long.

The Lake Cunningham Regional Skate Park offers 68,000 square feet, which makes it the largest skatepark you’ll find in California. There are street obstacles, rails, pipes, pools, and much more to enjoy when you visit this park.

The park is free, but the hours can sometimes be limited. Be sure to check their site to see when they are open.

Another great park that you won’t want to miss is the Les Coleman Skate Park. It’s located in New York City under the Manhattan Bridge. Some of the other names that this park goes by include the Coleman Skatepark or the Chinatown Skatepark.

The park started with just some old basketball courts, but the city provided some funding to build the park. Nike SB provided some additional funding, and the park was remodeled in 2012. You’ll find rails, concrete, street obstacles, ledges, a pyramid, and so much more at the park.

The Les Coleman Skate Park has become one of the most popular and beloved parks anywhere on the East Coast. You will want to check the hours of operation for the park before visiting and try to get there early. Since the Les Coleman Skatepark is located in the city with the highest population in the country, it does get busy.

What Do You Want from a Skateboarding Park?

Every rider is different and will have differing needs and desires when it comes to choosing a place to skateboard. Some might prefer street skateboarding and want an extensive street course, while others might have been accustomed to using a public park. Maybe you want quarter pipes, half pipes, or other options in a premium skate park.

Make a list of what you need and then you can look for parks in your area. Keep in mind that you don’t have to be a pro skater to love skating and to head out to check out the premium skate parks like those mentioned above. Get out there, find your favorite skatepark, and have a great time.