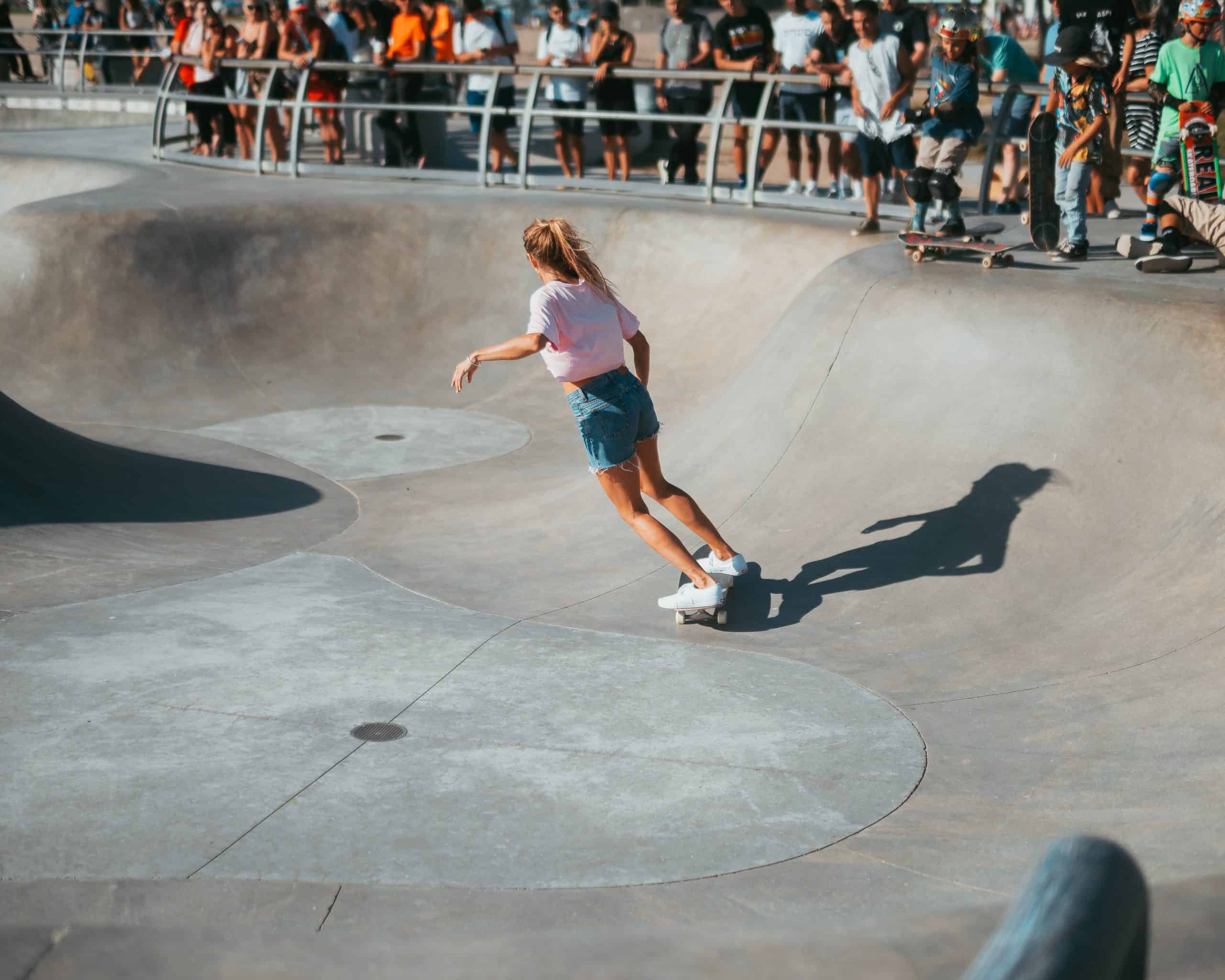 There are many different skateboard styles that exist for skateboard riders. These styles alter the skateboarding features as well as the techniques used to ride these boards. Modern riders have the luxury of staying away from purchasing regular skateboards in an attempt to accommodate their discipline or technical skill.

Some of the oldest styles that exist include flat ground skateboards that make performing tricks easier. These technical flat ground tricks would eventually lead to skaters like Rodney Mullen creating a board flip style of skating.

Choosing One of the Many Skateboard Styles

Before you can go any further with your skateboard career, you need to pick a discipline that you’re interested in. Maybe you have a favorite skater or a favorite trick. Regardless of the motivation, you should stick with one skateboard style in the beginning.

This skateboard style refers to technical skateboarders who mainly leave their game on the land and not air. Street skateboarding involves flatground tricks like slides, grinds, and aerials performed in an urban setting with different obstacles. There could be garbage cans involved, benches, tables, street furniture, and anything else a street skater can slide their board across.

In terms of official courses, skate parks known as plazas are used for street skating competitions. For skaters who prefer the unconventional method, industrial areas provide a great landscape for this form of skateboarding.

Pro skaters like Eric Koston and Bob Burnquist made street skating famous and developed a lot of the earlier maneuvers and tricks. Technical flat ground skateboarding can be considered part of the street discipline.

Freestyle skateboarding was one of the earliest disciplines that involved a special skill set. Origins of the freestyle skater can be traced back as early as the 1950s. The skaters who performed these moves drew inspiration from gymnasts and dancers.

Russ Howell and Per Welinder are two icons in the freestyle skateboarding world. Professional music and other choreographed moves have always been incorporated into this form of skating. The longboard discipline “dancing” drew inspiration from the freestyle version of skating.

Freestyle skateboarding developed a large following, and helped propel the sport into the eyes of the general public. Professional freestyle competitions began popping up everywhere by the mid 1960s. As the years progressed, this skater style began to fade and give birth to other disciplines.

Park skateboarding is influenced by a couple of different disciplines. This form of skating is a term used to describe the style of skating that takes place in skate parks and other official courses. Park skating includes using bowls, vert-ramps, quarter-ramps, half-pipes, and other specific equipment.

There are also elements of the freestyle and street discipline thrown in. The park version of skateboarding can be considered one of the most versatile disciplines that exist for the sport.

Park skaters are required to possess varying degrees of talent. In one session, a park skateboarder might perform grinds and air tricks within seconds of each other. This requires a wide-ranging bag of tricks.

Downhill skateboarding requires a rider to have excellent balance and the ability to carve. Usually, larger wheels are used with a looser truck setting to allow longboarders to perform highly responsive turning maneuvers at high rates of speed.

Vert skateboarding refers to a competition style of skateboarding that requires riders to only perform on vert ramps. Normally, riders will take on a half-pipe for the full length of the competition, skating between either side while performing big-air tricks in succession.

Vert-skating courses also exist that display a series of huge ramps for a skater to achieve massive levels of air, moving linear instead of side to side like on a half-pipe.

Transition skating is a form of skating that closely resembles the vert style. Instead of using side-to-side ramps, transition skateboarders will move from one type of ramp to another.

These skaters are often seen in televised events like the Mountain Dew Big Air tour. Transition skateboarding can also be considered a part of the street discipline, although skaters who consider themselves of the transition discipline don’t typically grind or perform board slides.

This form of skating was made popular in the 1970s by the Zephyr team. This once-popular freestyle skating team transitioned to the air when they discovered you could skate in empty pools.

Skating in these empty pools gave the team a chance to achieve heights that were only previously possible on their surfboards. This style of skating is still popular to this day, and many say it gave birth to modern-day vert skating and transition skating.

Mega-ramp skating is a competition normally seen during the X-Games. Giant mega-ramps are used for skaters to achieve massive amounts of air. When we say mega, we mean it.

In the past, mega-ramps have been constructed upwards of 150-feet into the air. Skaters have been known to achieve gaps of 50 to 75 feet. Styles Big Air Skateboarding is a popular mega-ramp competition.

Gaps are exactly what they sound like; a distance between two ramps or obstacles that a skater must clear.

If you’re not sure which skateboarding style you want to use, don’t rush into a decision without doing some sampling. After your first few skating sessions, you’ll have a better idea of what feels more comfortable for you.

If you have better coordination and maneuvering the board under your feet, you might want to consider street or park skating.

However, if you’re a daredevil and naturally gravitate towards jumps, gaps, and other high-risk maneuvers, then you should give bowl skating or vert-skating a try.

Once you choose a discipline and purchase the board setup, stick with it and don’t switch around. It’s easy to get discouraged and flop back and forth, but the skater who stays the course will achieve the most success.